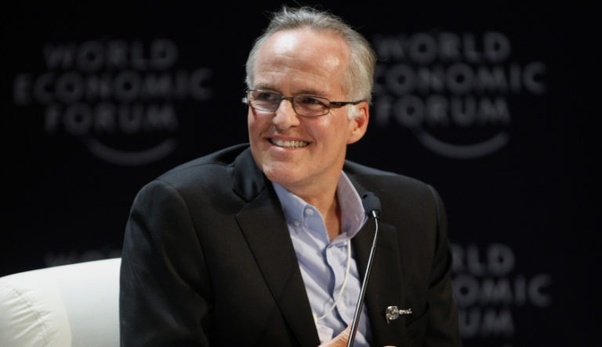 Mr.Carlos Rodriguez-Pastor is a billionaire who runs a network of malls, pharmacies, and banks in Peru.He is the richest person in peru with current wealth of $2.7billion .He was also rewarded as worlds hidden billionaire by forbes.

Hidden Billionaire in the World And Richest person in Peru:- Carlos Rodriguez-Pastor

Carlos Rodriguez-Pastor was born in 1959.

In 1968, after a coup, he fled with his family to Ecuador and later California.

His father Carlos Rodriguez-Pastor Sr. was Peru’s Minister of Economy from 1982 to 1984.

In 1994, his father bought Banco Internacional del Peru, but died the following year.

He was educated at the Immaculate Heart College in Ecuador.

In 1983 he received a bachelor’s degree in Social Sciences from the University of California, Berkeley, and in 1988, an MBA from Dartmouth College.

• Carlos Rodriguez-Pastor took over leadership of Banco Internacional del Peru when his father died and has invested its profits in other businesses.
• He owns retail group In Retail Peru and banking and insurance firm Intercorp Financial Services, also known as Intercorp.
• He also founded Nexus Group, a private equity firm, in 1998. Nexus has investments in movie theaters, fast food, schools, universities and hotels.
• Rodriguez-Pastor founded InRetail in Panama in 2011, a holding company that owns supermarkets, malls and drugstores.

Rodriguez-Pastor is a ¬billionaire who runs a network of malls, pharmacies, and banks in Peru.

In 2010 he took on a vital mission by launching Innova Schools, which provides 19,000 children with affordable, high-quality education.

Welcome news in a country whose education system ranked last among 65 countries in an OECD survey.
Carlos Rodriguez-Pastor is Chairman of Intercorp and General Partner of Nexus Group.

Co-founder and Chairman of Innova Schools, founder of PeruChamps, member of The Global Advisory Board of Khan Academy.

Member of The Corporation Development Committee at MIT , member of The Executive Board of Universidad de Ingeniería y Tecnología – UTEC

And member of the Latin American Conservation Council in partnership with The Nature Conservancy.
Mr. Rodriguez-Pastor graduated with a BA in Social Sciences from the University of California at Berkeley in 1983.

And obtained an MBA from the Tuck School at Dartmouth College in 1988.

Carlos founded Nexus Group in Panama in 1998 with the aim of investing in Universities and School Projects.

In 2011, InRetail in Panama came into existence.
InRetail owns supermarkets, drugstores and malls in Panama.

His career is highlighted by the responsible positions he held for so many years.

According to the World Economic Forum, Carlos has been serving as the Chairman

And Director of many other ventures like Casa Andina, Innova Schools, InRetail, NG Restaurants etc since 1995.

There is absolutely no doubt in the fact that his career highlights the true meaning of success.

Personal Life
Much information about Carlos’s personal life is out of public domain.

He leads a quiet life with his wife Gabriela Perez Rocchietti and two children.

He resides in Lima in Peru.