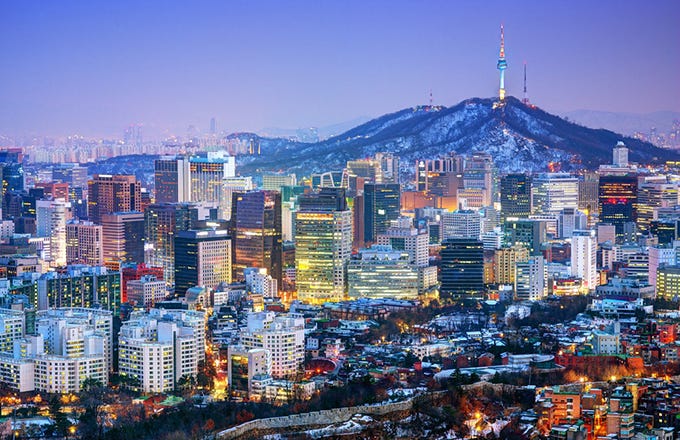 South Korea welcomed eight new members into its billionaire club in 2015, according to the Korea’s 50 Richest People list by Forbes. The fourth-largest economy in Asia claims at least 35 billionaires, but there are four members who stand above the rest due to their cultural importance.

The Korean economy is not especially diverse, despite its size and international importance. A handful of companies, led by the Samsung Group, dominates the business community and also holds significant sway over political matters. These four billionaires are not only the richest South Koreans, they are among the most important, regardless of fortune or position.

Lee Kun-hee is the most well-known and influential person in South Korea. He is the third-generation chairman of the Samsung Group, the massive company that represents more than 20% of the entire Korean economy. Samsung Electronics, a subsidiary of the larger Samsung Group, is Kun-hee’s most noteworthy legacy and the largest information technology company in the world. Other subsidiary companies include Samsung Heavy Industries, Samsung Engineering, Samsung C&T, Samsung Techwin, Samsung Life Insurance and Cheil Worldwide.

Samsung grew by a factor of nearly 40 between 1987, when Lee assumed control of the country, and 2015. His legacy has been somewhat tarnished by a slush fund scandal that saw him relinquish control of the Samsung Group between 2008 and 2010, but there is no question he has left an indelible mark on South Korea.

Head of one of Asia’s leading cosmetics brands, Suh Kyung-Bae transformed his grandmother’s secret hair product into a multibillion dollar empire called AmorePacific Corporation. Kyung-Bae, who earned his master of business administration (MBA) from Cornell University, joined the company in 1987 at the behest of his father, then-owner Sung Whan.

All of AmorePacific’s current products are designed for women, but its breakthrough item was ABC Pomade for men back in 1952. The company shifted gears after the Korean War, focusing on women who lost their husbands during the war. Cosmetics are incredibly important in Korean culture; the per capita spending on skin care among South Korean females is nearly 250% higher than among American women. The company went public in 1973 and has been growing ever since, buoyed in particular by AmorePacific’s first product release, IOPE Retinol 2500, which was the first anti-aging cream in Korea.

Jay Y. Lee is the only son of Lee Kun-hee, and that distinction has earned him access to part of Samsung’s vast fortune. The 47-year-old legacy has been groomed for years to be the successor to the Samsung Group empire, and he has been president of Samsung Electronics since 2009.

The name Jay Y. Lee is actually a business pseudonym; his given name is Lee Jae-yong, though many in South Korea call him “Crown Prince of Samsung.” Compared to his father, Jay Y. Lee is considered cold, uncharismatic, quiet and subtly playful, a leadership style criticized by some in the Korean media.

Hyundai Motor Company does not quite have the cultural profile or political influence of the Samsung Group, but it is still one of South Korea’s most important companies. Chung Mong-Koo is one of six children who runs part of Chung Ju-Yung’s original Hyundai empire and acts as chairman of Hyundai Motor Company. Chung has a reputation for headstrong, aggressive management and a constant drive to improve product quality.

Chung has agreed to donate over $1 billion to benefit South Korea, albeit after serving a few months in prison on embezzlement charges. His personal foibles notwithstanding, Chung is the driving influence behind Hyundai’s revamped reputation as a quality auto manufacturer. His son, Chung Eui-Sun, is estimated to be worth an additional $3.8 billion