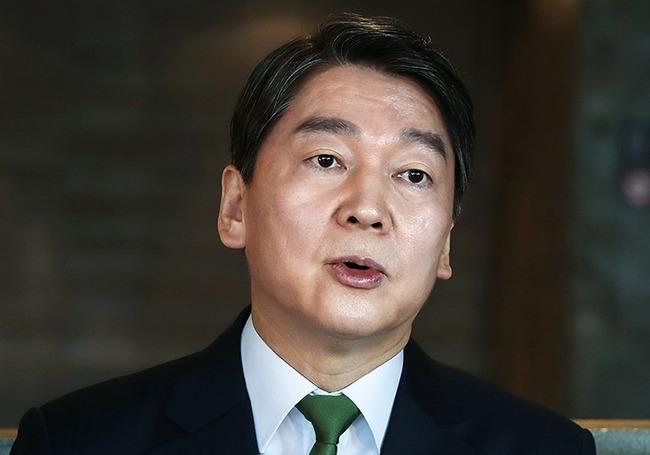 He once styled himself the Bernie Sanders of South Korea, but that label hardly fits the richest man in Korean politics. Ahn Cheol-Soo, casting himself as a moderate, is running for president of South Korea in the May 9 special election with a vision of “a new future” in “a country … where self-made young people abound–not heirs who benefit from everything.”

If that sounds like a populist call for reform, it’s not because Ahn is antibusiness. Armed with a medical degree from Seoul National University, he founded AhnLab in 1995 and made a fortune with an anti-computer-virus software program. A decade later, he resigned as chief executive, got an M.B.A. from Wharton and then became a professor and later a dean of convergence science and technology at his alma mater before leaving academia and diving into politics.

AhnLab’s stock soared in March as Ahn’s campaign gathered steam and ahead of the company’s announcement that net profits jumped 26% in 2016. That doubled the value of his 18.6% stake to $245 million. But that’s still well short of the cutoff for breaking into the country’s 50 richest.

Ahn’s candidacy is the latest twist in a drama touched off by the scandal that led to President Park Geun-Hye’s impeachment and arrest. Corruption charges put her and 30 others, including Samsung heir Jay Y. Lee, behind bars. They deny the charges.

Five Students That Show Why Community Colleges Make The Grade

Ahn’s People’s Party broke away from the main opposition Minjoo, or Democratic, Party, winning 38 seats in the National Assembly a year ago. His bloc joined the overwhelming majority of the assembly’s 300 members in voting for Park’s impeachment in December, and since then Ahn has been challenging the Minjoo candidate, Moon Jae-In, for the Blue House.

Making his second run for president, Ahn, 55, still trails Moon in the polls but is ahead of the conservative candidate. At his party’s nominating convention last month, his plea was simple: “This country doesn’t belong to progressives or conservatives,” he shouted. “It belongs to the people. I won’t ask you to help me. I will be the one to help you.”